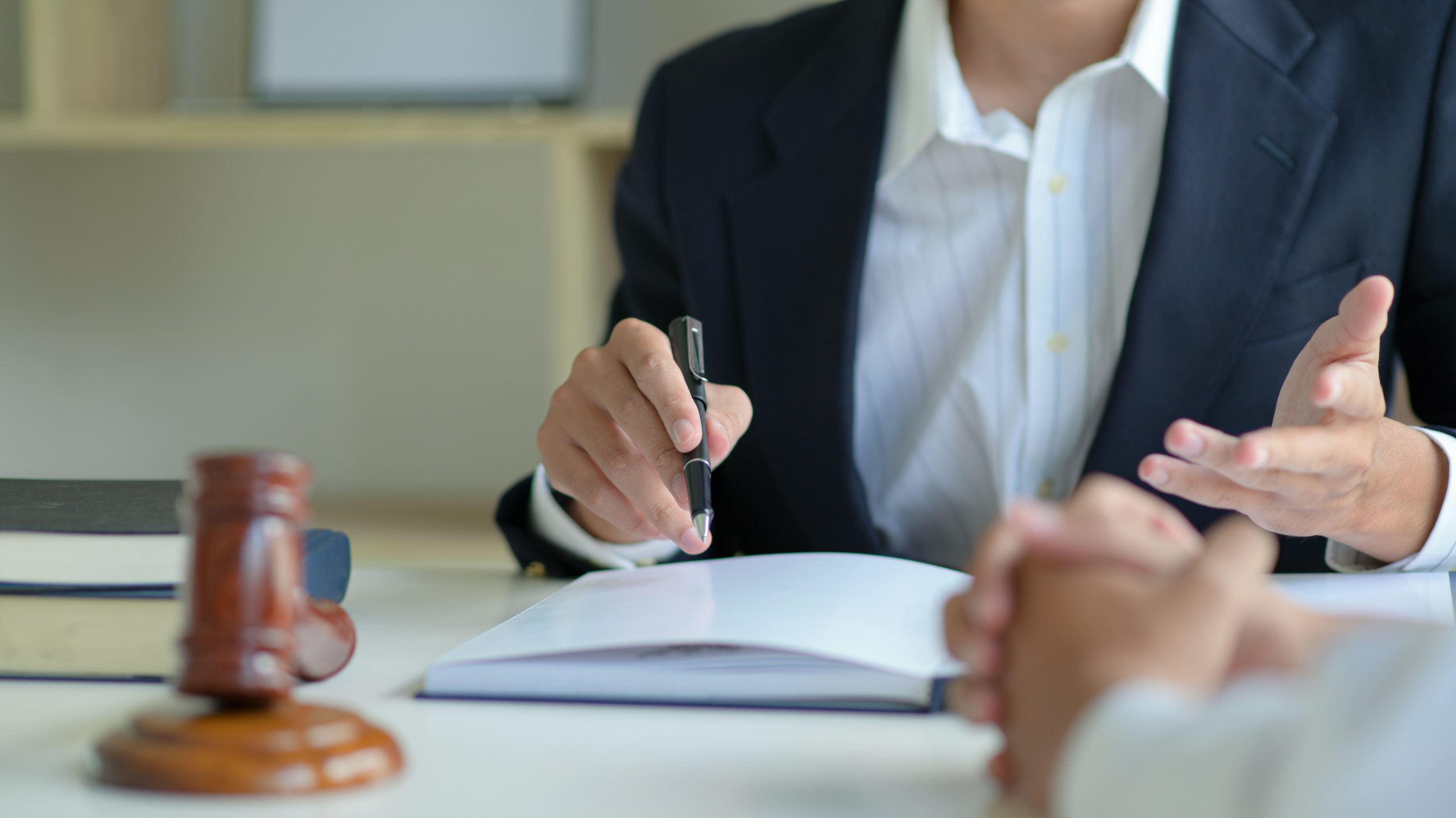 Thinking like a Lawyer in Times of Social Unrest

A. A Cross-Section of Opinions

I grew up in a small, conservative town. Most people attend the same church and have similar political and moral beliefs. Attending law school at the University of Oregon, a very liberal public university, exposed me to a completely different set of ideas and beliefs.

Due to these very contrasting environments, my social media feed is filled with the extremes in every political argument. I feel fortunate to be at this cross-section because I am exposed to both sides of the most predominant issues from people I know, respect, and trust. This, along with the studying and practicing of law (that is, thinking like a lawyer) has helped shape my worldview.

Recently, the world has been tumultuous. COVID-19 forced American’s across the country into isolation. When this happened, two camps emerged. Some protested government restrictions, while others stressed the importance of isolation. This placed people in a position to pick sides. Either fight to re-open or fight to distance. My social media feed was split with people adamantly supporting both ends of the spectrum.

Then as local government restrictions were lifting, police brutally killed George Floyd and social unrest ensued. As a country, we went from physical isolation to further polarization. My social media feed followed suit. Reopen versus social distance. Black Lives Matter versus All Lives and Blue Lives Matter. I typically go out of my way to avoid what are often toxic social media arguments, but with so much going on, I have been fascinated with the varying opinions and beliefs.

B. How a Lawyer Thinks

Law school is not great at teaching students how to practice law. The institution itself admits this and law school professors often say, “We are here to teach you to think like a lawyer.” So what does thinking like a lawyer look like?

Law school trained me on how to spot issues among facts, know the rule of law, apply the facts to the rule, and make a conclusion. I would read long articles, court cases, or test questions and a professor would ask, either in class or on a test, to follow this pattern.

I then became a personal injury attorney and the process continued. Someone is in an accident, I gather the facts of the accident, look for any potential issues, decide whether or not to take the case, then apply the rule of law (negligence) to the facts of the accident. I then present the claim to the insurance company and demand they cover my client’s damages (the conclusion).

Now you know everything you need to about law school and practicing law. Know the facts, spot the problem or issue, state the correct law, apply the law to the facts, and make a conclusion.

The world is very much like a law school exam. Events take place (facts). We see these events and then pick out our values, morals, and beliefs the events call into question (the rule). We then apply the facts to our rule and arrive at a conclusion.

People are great at doing this without even realizing it. What makes thinking like a lawyer different then this subconscious action is the learned ability to see the same facts and consciously support the opposite conclusion, even when you disagree.

Focusing on the rule and thinking through both sides of an argument can create empathy, understanding, or at the very least direction on how to best persuade others.

Apply this thinking to COVID and the resulting government shutdown:

Issue: Is the shutdown necessary?

Rule (a person’s values, morals, and beliefs): I need to take the virus seriously because I believe it is important to protect others who have underlying conditions, like my mother.

Application: Although I may not be high risk, others are so I will help protect them, even if that means sacrificing in other areas.

Conclusion: The shutdown is necessary.

If you identify with the above reasoning then this is simple. The difficult part is taking the opposing view. Why is it so difficult? We have to understand another person’s rule! Everyone has different values, morals, and beliefs and everyone applies those differently depending on the facts. We cannot truly understand someone’s conclusion, without first understanding his or her rule.

Social media is a perfect example of judging someone’s application and conclusion without understanding their rule. Often, people argue with strangers or people they do not truly know and jab at each other’s conclusion without attempting to understand or appeal to the rules.

A perfect example of misunderstanding a person’s rule and judging their application and conclusion was the NFL National Anthem protests in 2016, which was started by Colin Kaepernick.

His Issue: How to bring awareness to racial injustice and police brutality?

His Rule, (morals, values, and beliefs): “I have to stand up for people that are oppressed…[by kneeling for a flag that] represents a country where Black people and people of color are oppress[ed].”

His application: Kneel during the national anthem to bring awareness to racial injustice.

His conclusion: Kneeling during the anthem is an effective way to bring awareness to racial injustice and police brutality.

Issue: Is kneeling during the national anthem an acceptable way to protest?

Rule: The flag represents the military, freedom, and the sacrifice of people of all races. Someone I know and love died to protect that flag.

Application: Speak out against Kaepernick and the disrespect he perpetuates against the military.

Conclusion: Kneeling during the national anthem is disrespectful and wrong.

Instead of applying Kaepernick’s rule, people applied their own rule and then made their conclusion. In turn, some who supported Kaepernick and identified with his rule looked at the alternative conclusion and came to a new conclusion, “If you don’t support Kaepernick, you are racist.” Then, the conclusion forms, “If you agree with Kaepernick, you hate America.” Around and around we go with people arguing over the application and conclusion instead of looking to the completely different rules.

One thing to note about the rule of law in a law school exam, it cannot be changed. If a student states the wrong rule, or misstates the correct rule, they fail. In practice, if an attorney applies the wrong rule, he or she will lose the case and their client will likely sue them. To legally change the rule of law takes years of work and has to pass through multiple courts.

The same is true for everyday opinions. We cannot understand someone’s conclusion by applying our own rule or misstating his or her rule. By arguing with the conclusion without understanding the applicable rule, we miss the heart of the issue and our discourse fails. We can persuade others to change their values, morals, or beliefs, but it takes time, understanding, and compassion from both parties.

Now, imagine if both sides of the anthem protest focused on each other’s rules instead of the application. Is it wrong to associate the flag with the military? Is it wrong to associate the flag with police and wrongdoing? My hope is everyone can answer NO to both of these questions. There is never a universal way to view a symbol. For an extreme example, the swastika means something completely different for Jews then it does for Buddhists, who see the symbol as representing the auspicious footprints of Buddha. Is either view wrong? No, different backgrounds and experiences create varying meanings.

For those with a close affiliation to the military, the flag is an obvious military symbol. Not everyone has that affiliation, so to others; the flag may represent other American institutions, which are not always equitable.

Had the rule been the focus, then empathy could have ensued. Military service and sacrifice for democracy is vital. Peacefully fighting injustice is also extremely important and deserves respect. We all have different values, morals, and beliefs. When we take the time to learn about each other’s rules instead of jumping to arguing about applications and conclusions, then we can achieve unity and support while celebrating differences.

Finding and understanding the rule is often the most difficult aspect of being an attorney. It requires research, studying, and comprehension so one can apply the correct rule to the facts. In turn, truly understanding someone’s rule when he or she has differing morals, values, and beliefs is extremely difficult. We have to take the time to get to know someone and listen to his or her experiences. By doing this, the application and conclusion in the flag example drastically change:

Issue: Is kneeling during the national anthem an acceptable way to protest racial injustice and police brutality?

Rule: Kaepernick is associating the flag with police and inequity, not the military. To me the flag represents military and sacrifice for freedom. I know people have different experiences, views, and associations.

Application: I will listen to another person’s views, step out of my own perspective, and try to understand where they are coming from.

Conclusion: I still do not agree with kneeling during the National Anthem, but I understand my values and the military are not under attack and I respect the right to protest peacefully.

For any argument, start thinking like a lawyer. Examine the facts, find the issues, pick your rule (values, morals, and beliefs), apply the rule to the facts, and make a conclusion. Then learn the rules of those opposing your opinion. This may lead to understanding, if not, then facts likely will not change someone’s position, but an appeal to a person’s rule while relaying your own, can create introspection and is more likely to bring us together rather than continually allowing conclusions to tear us apart. 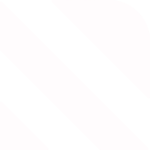